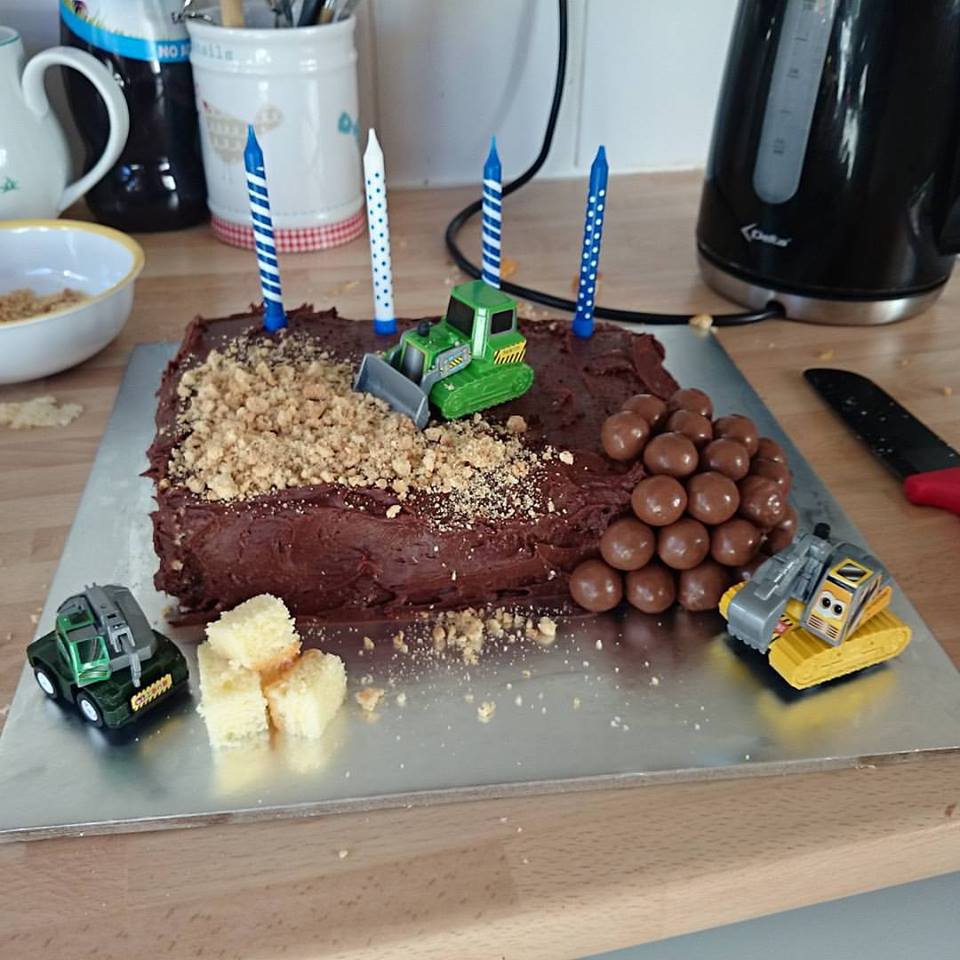 This weekend, Little Man turned four. In many ways it is impossible for me to believe that four years have flown by so fast since we first met him. But it seems even more surprising that he has only been with us for four years – he is such an integral part of our lives that I cannot quite believe there was a time when he wasn’t with us!

He is an absolute joy, and I feel blessed every day that we get to be his parents. It isn’t always easy (in fact it is often very challenging and exhausting beyond measure), but there is joy in every single day with him. He is so kind, considerate and inquisitive, and his enthusiasm for exploring the world around him is so infectious that I find myself marvelling in the wonder of things I would normally have found so mundane. Such is the pleasure of having a young child.

Take, for instance, his birthday party… when I asked him a few months back what he wanted for his birthday, he thought for a moment before requesting a construction site party. He has continued to tell me this over the past few weeks and became more and more excited as the big day came ever closer. This is the first year he has really understood what birthdays were about, and it is so exciting to enjoy this with him. So, of course, we were more than happy to oblige and make his wish come true.

We had just a few friends over, and kept it reasonably simple (I do not have the time nor energy for planning anything fancy!) but it was actually quite a nice theme to do this with. Empty boxes became building blocks for towers, kitchen roll tubes taped to smaller boxes became makeshift hammers, and packaging paper screwed up into balls became boulders. Add in the mega blocks, some toy construction vehicles, hi vis vests (which, incidentally make a nice gift for the party-goers to take home with them) and a few construction site signs found on Pinterest and you’re pretty much set to go!

My mum helped by making traffic light jellies (how awesome were they?) and I decorated the cake (shop bought cake and frosting for total ease) in a simple but pretty effective design and the rest was simple party food to feed the “busy builders”. Talking of which, we had “busy builder” lunchboxes (plastic tubs from Poundland, decorated using Sharpies) instead of the traditional loot bags, which were really quite fun to make.

All in all I think we pulled off the theme and it made me even more excited for all the years to come when we can get even more into his chosen theme with party games and much more. But right now we need to sleep… four year old birthday parties may be fun, but they sure are exhausting!

Creating a Family Culture and Traditions

New Beginnings at The Autumn Equinox