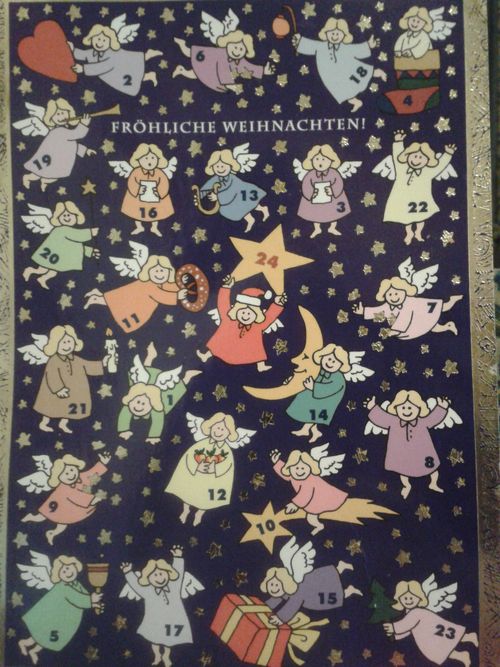 A warm and hearty welcome to you, this lovely Christmas Eve eve!

That’s such a funny saying, isn’t it? It reminds me of being a little girl, excited about the fact that tomorrow would be Christmas Eve and Santa would be coming my way.

TJ and I were talking about this just the other day. He didn’t enjoy Halloween as much as he usually does and I certainly am not enjoying this Advent as much as I normally do. And we realised it is because all the traditions we have just don’t feel right now we are a family of three because they are part of who we used to be and not part of who we want to be for our son.

So it’s time to start thinking about new traditions, maybe adapting the ones we already have and bringing in totally new ones too. Things like having new Christmas pyjamas to open on Christmas Eve, making mince pies together as a family, reading ‘A Christmas Carol‘ each year, and buying Little Man a new Christmas decoration each year so he builds up a collection of his very own!

But one of the traditions I am really looking forward to starting is bringing in some more German-inspired joy to the season.

As you may know, I studied German at university and although my German is nowhere near perfect I plan on teaching Little Man as much as I can while he is young. I would rather him learn to speak slightly flawed German than no German at all. I do believe that having knowledge of a second language is a real bonus, not just because it enables you to communicate with people whose language isn’t the same as your own but also because it often gives you a greater insight into the way your own language works by giving you something to compare it with.

But more than teaching him the language, I want to teach him about the culture too. And what better time of year is there to celebrate this than Christmas? Starting on 6th December with St. Nicholas’ Day by putting his shoes outside the door and hoping to receive some chocolate from St. Nicholas right through to singing German songs and baking German treats, I want December to be full of all the wonderful goodies that the German culture provides.

We are lucky to have connections to people in Germany, Austria and Switzerland, providing us with great ideas and gifts such as the three books pictured here.

The first, Weihnachtszeit, is a gloriously fun book filled with stories and info from the North Pole and lots of little pop-out sections to enjoy. There is even a section explaining how Santa finds GPS a fantastic help in finding all the children of the world on Christmas Night!

This is the page on Santa’s reindeer. Isn’t it just lovely?

Then, of course, there is the little cookbook, Leckere Plätzchen für Weihnachten with tasty treats to make for Christmas. If you have never tasted German baking then you really having no idea what you are missing. I am so glad I spent time in Germany before developing an intolerance to wheat because I would have surely missed the wonderful breads and cakes I ate far too many of while over there. That being said, I plan on trying the recipes within the book with wheat-free flour because how can I resist such recipes as Lebkuchen and Honey Hearts?

Finally, there is the book called “Es Weihnachtet Sehr” which I guess I would loosely translate to something like “It feels like Christmas” because I have no idea how to convey the meaning in any other way (anyone have any suggestions?)

This book is filled with short one-page stories, craft ideas, recipes and Christmas songs. It even comes with a CD of music to sing along to. I think my favourite page has to be, of course, the one which provides a German version of “Jingle Bells”…

I have been showing these books to Little Man and singing the songs to him, but he is rather too small this year to take much of it in. However, he has been enjoying our “Was sagt die Kuh?” (What does the cow say?) game we’ve been playing, possibly thanks to the animal noises I’m making rather than anything else. I hope that I can continue to make it fun for him to learn a few bits of German through the year and it will be interesting to see how he reacts to figuring out that he hears two different words for each object.

I plan on sharing our journey towards learning a second language, and hope to even create some videos so that you too can join us. Perhaps by next year we’ll all be singing these Christmas songs to and with our children, what do you think?

I'm currently waiting for a chest x-ray and am usi

O came in to my room and said, "it's a lovely rain

Hear how Will and Dan first meet. So I'm not a nar