Keeping Faith… Why I believe… 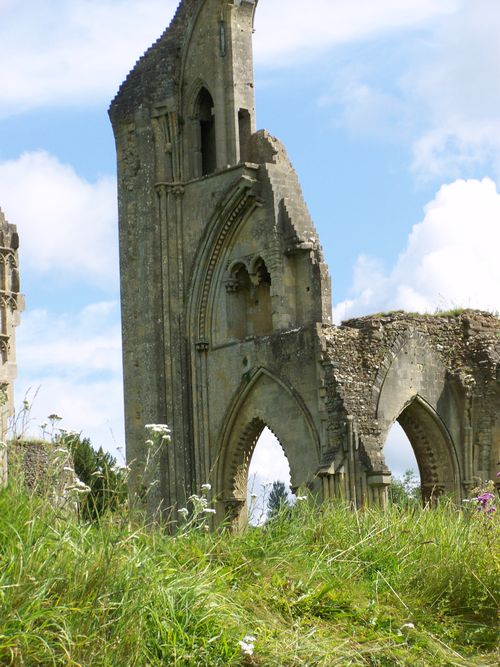 First of all, I must say a massive thanks to all those of you who left comments and sent messages to me following my previous post. I am overwhelmed by the response, for I don’t think any post I’ve written has ever inspired so many people to leave a message. I guess being honest and sharing even those most scary thoughts really does make for good reading!

So I thought I would expand on this openness and start a new series about the more spiritual nature and inspiration in my life. I have steered clear of going too deeply into this subject before through both a fear of alienating my readers and bringing judgemental, argumentative or theological responses that I cannot answer.

You see, if someone asks me “what” I believe, I find it difficult to answer. This isn’t just because of a fear of rejection, but also because it is hard to define something that is more a feeling and intuition than a solid and measurable thing.

I also feel rather weakly equipped, for although I know the basics of the Bible and Christianity (for example) when their scriptures, teachings or theologies are presented to me as a way of discussing or debating a certain issue I am often at a loss. This does not mean I dislike such conversations, as they can be very interesting and revealing, I just find them difficult when the other person has a range of quotations and religious examples to make their point and I have to somehow take what I feel in my heart and make sense of it with words.

I may be good with words, but something as personal as faith is very hard to define (and defend, if arguments do arise). Even more difficult can be explaining to someone how you believe in pretty much the same thing that they do, are willing to accept their beliefs as spiritual truths, but are unwilling to accept and follow their religion. I still haven’t figured that one out yet…

But ask me “why” I believe, and that I can answer far more easily.

I believe, because I do.

There has never been a time in my life that I cannot remember feeling that someone was there. My mind has always been enquiring: as a child I remember lying in bed trying to figure out how we know if we are dreaming or not, and where our thoughts occur because they are far too big to fit in our heads. I could imagine whole worlds in my mind’s eye, so where was this world occurring?

I never once stopped questioning things, but I never once questioned that God existed. (I use the word God as it is what I am most comfortable with, but there was a time in my early adulthood that I felt religion has taken the word away from me and I looked for alternative words such as Source and Energy but eventually I came back to the word God as it felt right for me).

I’ve spent years talking to someone, telling them everything from what I was feeling to what I was planning on doing. It was like a conversation took place in my mind, but there was someone else there to hear it. I even laughed and responded to some unheard reply sometimes, never quite knowing exactly why. I may sound mad, but it is how I live and I’ll take madness over loneliness any day.

So although my answer “I believe, because I do” may sound like a cop-out, it truly is the best way to answer the question of why I believe. To not believe is as alien a concept to me as to not hope or fear.

And I cannot blame this on some aspect of my upbringing because my parents never really spoke of anything beyond the visible until after my granddad died when I was 9, by which stage my belief was well and truly founded already.

Sure I came across aspects of religion in school, but never enough to form the strong bond I had with this unseen force. And besides, I only have to look at my conversations with “God” during the times I was angry with religion to know that no matter what questions I had about the specifics of it all, I could never doubt the existence of something beyond the world I see.

Incidentally, I believe in a lot more things than God, but the point is not to discuss that. I only mention it to point out that whilst our environment and upbringing can affect our ideas of the world to an extent, it really is our own ability to create our own beliefs that makes them as strong as they are.