Let’s Talk About… One Child Families: Interview with Emma @ Bubbablue and Me 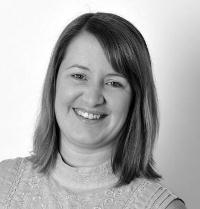 It’s been a little while since I featured an interview with another parent of an only child, because life has been pretty darn hectic behind the scenes here at The Patch lately.

But today I am really pleased to be bringing you another interview with a blogger who is raising an only child, just like we are.

Emma’s a working mum of one and farmer’s wife…yes, she has the stereotypical Aga, Hunter wellies and (occasionally) bakes cakes.  She blogs to journal life on and off the farm with N, having started Bubbablue and me to reflect how she got on having a child when she’s not really a baby person.

Can you explain how and/or why you decided to have an only child? Was it something you always planned or did some circumstance force you to make the decision?

I always thought I wouldn’t have children.  I couldn’t see myself having them, and wasn’t into babies or children at all, apart from our nephews and niece.  I did always think that if I changed my mind and wanted children, then I’d have 2.  I didn’t like the idea of only children, having only known 1 growing up.  To me having a sibling was the norm and something I’d have wanted for any children if I had them.

I hit 32, and then realised that actually I might regret not even trying for a child by the time I got old. My OH had been going on about children for years (I can never tell even now whether he’s joking) and we decided we’d try but keep it fairly relaxed.

Once N arrived I was surprised at how easy it was (apart from him not breastfeeding like I’d hoped, and the unplanned c section), and always presumed he’d be the first of two.  Then reality hits, and life gets back to normal, I go back to work, and childcare costs start.  Practically, with the OH (other half) being a farmer, he works 7 days a week, so the onus is on me to deal with working and childcare.  So having a second wouldn’t have been realistic – too expensive for childcare which would have meant me having to give up work, and there’s no way I could give up my only link to normality and enjoying the work I do (or did, bit different now in the work I do).  There’s also the change to relationships when you have a family, however long you’ve been married.  We’re quite happy now with only N, although I think if he didn’t have 6 cousins living within 1.5 miles, I might think differently.

Do you know other parents who have an only child, or are you the only person in your group of friends/colleagues who has stopped at one?

It’s a real mix.  Out of 7 in our NCT group, 3 have only 1 for various reasons, and the rest have 2-3.  Other friends with similar aged children to N, mostly only have the one at the moment, a couple have had a second.  I think many of us are in our 30s, and have taken our time having children, so one works at the moment.

I also have a lot of online mum friends – we quite often have discussions over who’s still only got one because it seems like lots of them have had more, are pregnant or trying.  But actually, I’m surprised by how many are now only having one.

Do people often ask you, “so when are you going to have another?” If so, how does this make you feel and how do you respond?

I used to get it quite a bit.  The worst was a Great Aunt congratulating me on being pregnant at my mum’s funeral.  I didn’t think I looked like I had a ‘tummy’ at the time, but her reasoning for saying it was because ‘it’s about the right age gap after the first’.  I was mortified, but mostly because I thought I’d lost a bit of weight and was looking quite good in my dress!

A couple of friends have asked, but it’s more interest than anything judgemental.  Luckily, I think people probably wouldn’t dare ask me in case I snapped back.  Now N’s older, people probably presume we’ve chosen to have one and that’s it.

Can you share some of the best things about being a parent to an only child?

Aside from the money aspect, there’s the getting your life back earlier and not having to split your time across more than one child.  With more than one, you need to be able to balance the different personalities and needs.

I think also, only children have to be able to speak to and socialise with a wider mix of age groups, where in social settings often siblings will get sent off to play together, and not be expected to sit and talk to the adults.  It’s a good way to ease them in to adult conversation while still ensuring the adults get to play at being children to entertain the only child.

And what are the hardest things about having an only child?

Definitely worrying that they’re not growing up to be spoilt, and making sure they have enough social opportunities with peers.  I think it’s brilliant that all of N’s cousins live so close, and that he’s really good friends with his 6 year old cousin.  Without them around, I’d have to organise a lot more playdates outside nursery.

They do say that only children tend to be more confident. I’m not sure N’s at that level, but that’s not surprising with a quiet dad, and a naturally shy mum (although talking for England and being opinionated tends to cover that up).  Being an only child means N will have to find his own way, and not be encouraged or challenged by having either an older sibling to follow and aspire to, or a younger one to compete with as they come up behind.

Having lost my mum last year (our dad died when I was 3), I do think it would be hard to have gone through that without my brother as well.  We’re now dealing with our Nan’s dementia and putting her in a home, and again, it’s not something I’d want to go through alone.  That kind of thing in future will be harder for N, but hopefully he’ll still be close to his cousins for support.

Does your son ever ask about siblings? If so, how does this make you feel and how do you respond to their questions?

Thankfully no.  I think N is pretty oblivious although he knows that others have baby brothers or sisters.

What are the best and worst things that people have told you about only children? Do people tell you they will be “spoiled” or “lonely”? Or are people generally positive about your decision?

People don’t really comment on N being an only child.  Comments tend to be more about how happy he is, or chatty or reserved until he gets to know someone.  I think most of what I’ve heard was growing up or in the media about other people.  I didn’t know many only children growing up, but once I started work I came across quite a few.  The ones I’ve met have predominantly been very self-assured and confident, and as adults you don’t notice if they were spoiled as a child or not, so the stereotype of that isn’t always true.

Do you worry about any of these things, or are you confident that your child will thrive as an only child?

I worry a little about N being spoiled.  He does have a lot of stuff because instead of spending money on me, I now spend it on him to a certain extent.  But I think if we can instill correct values, expectations and breadth of experience and situations where he’ll meet lots of new people, hopefully he’ll grow up having not missed out on having a sibling.

If you could offer some advice to someone who was considering raising an only child, what would you say?

If you’ve chosen specifically to only have one child, then it’s your decision and sod what anyone else says.

If you’ve not had a choice in the matter but circumstances have meant you have one child, then make the most of having the time to spend with one child.

Is there anything else you would like to add?

Ultimately as long as your child is happy and fulfilled, they don’t have to have a sibling to make their way in the world.

This post is part of my “Let’s Talk About… One Child Families” series. If you are a parent to an only child and would like to take part, please get in touch using my contact form.

Let’s Talk About… One Child Families: Interview with Trish Burgess @ Mums Gone To…

Let’s Talk About One Child Families