Let’s Talk About… One Child Families: Interview with Trish Burgess @ Mums Gone To… 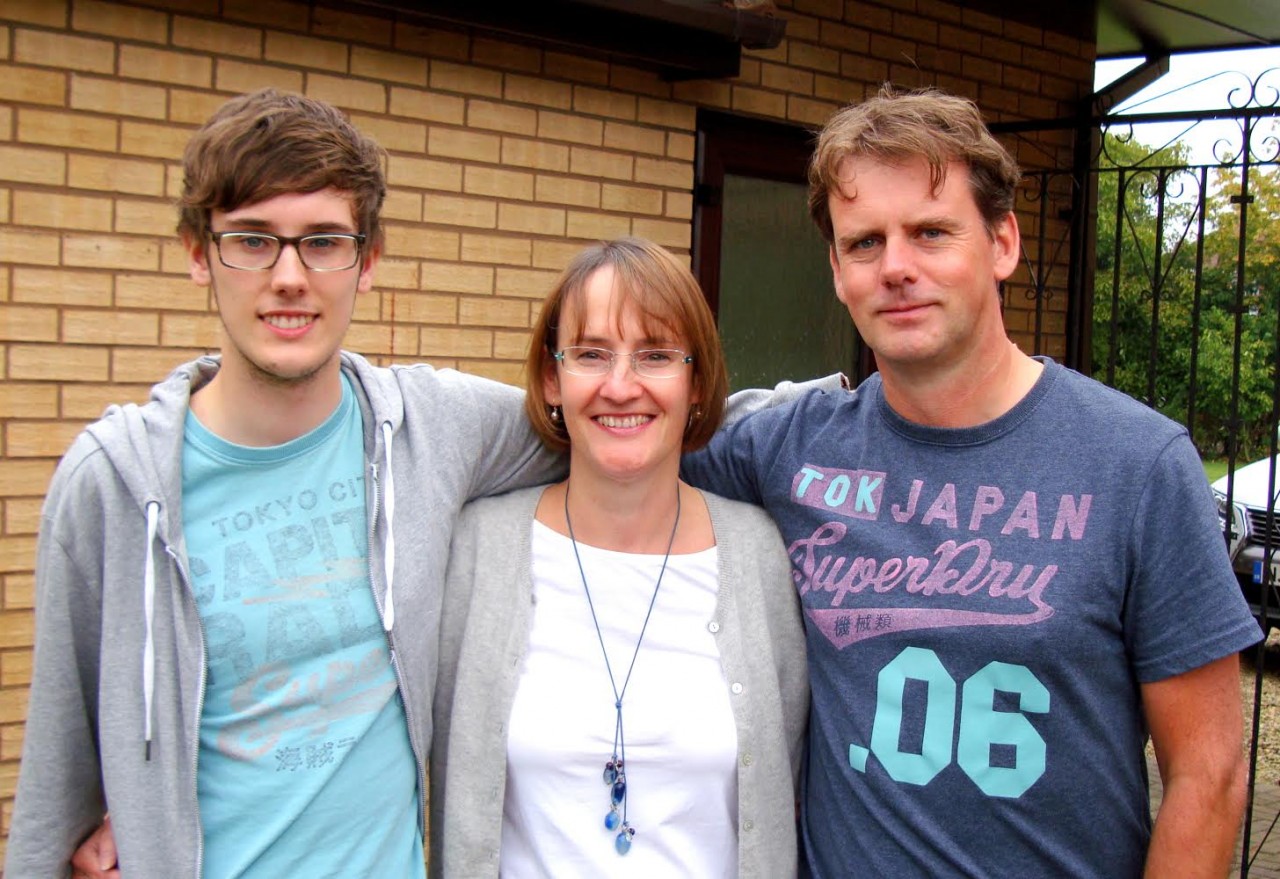 A couple of weeks ago I started a new series, here at The Patch, interviewing other parents of an only child in the hopes of sharing a wide variety of views on what it is like to raise an only child.

This week I’m featuring Trish Burgess about what it has been like raising her “one and only” and how it feels now that he has left for university.

Can you tell me a little bit about yourself?

Originally from Newcastle upon Tyne, I now live in South Lincolnshire with my GP husband, Dougie and my son, Rory, who has just started his first term at university. My blog, ‘Mum’s Gone To…’ began as a place to write up my holiday diaries and although I write about other subjects, travel is its main topic.

Can you explain how and/or why you decided to have an only child? Was it something you always planned or did some circumstance force you to make the decision?

It wasn’t a planned decision. We had some fertility issues which meant it took four years before Rory came along. There followed a miscarriage two years later. After that, my husband and I decided we didn’t want Rory’s childhood to be affected by us constantly pursuing a wish for another child. We were so grateful that Rory had been born, we wanted to just love him and accept the dynamics of our little family.

Do you know other parents who have an only child, or are you the only person in your group of friends/colleagues who has stopped at one?

Yes, I do know one or two parents who just have one child although most of our friends have more than one.

Did people often ask you, “so when are you going to have another?” If so, how did this make you feel and how did you respond? At what point did people stop asking this question?

I was very relieved that people never asked me if I was going to have another although, interestingly, in the early years, my husband used to get a lot of queries from people, something he found very frustrating.  However, as Rory grew older, and the number of photos on his desk of Rory at different ages increased, people thought our family was larger than it was!

Can you share some of the best things about being a parent to an only child?

We have had lots of time to give to our child and, in return, he has been very close to us. He has been content in his own company from an early age, although very sociable outside of the family. We breezed through the teenage years. However, I’m not sure how much of his personality has been affected by being an only child and how much is just in his genes. He may have been the same child even if he had been part of a larger family.

And what are the hardest things about having an only child?

When he was growing up, unless he had pals round, his dad and I were his friends. It would have been great to be able to say, ‘Off you go and play with your brother/sister.’


I do worry about the future and the fact that he will have to deal with ageing parents alone. However, my husband is an only child and although his parents are elderly, he has me by his side to support him.

Did your son ever ask about siblings? If so, how did this make you feel and how did you respond to his questions?

I don’t think he ever asked about siblings. He has cousins, although they don’t live nearby, but it doesn’t seem to have been an issue.


What are the best and worst things that people have told you about only children? Did people tell you they will be “spoiled” or “lonely”? Or have people been generally positive about your decision? Has this changed as you son has grown older?

Not so much what people have said to me but I have read articles over the years which would suggest an only child could be lonely or introverted. I don’t think people consider him ‘spoiled’ but they have teased me recently because I have had to start teaching him how to cook and iron before going off to university. I think I mothered him a bit too much but would I have been just the same if I had been the mother of more than one child? Probably.

Did/do you worry about any of these things, or were/are you confident that your child will thrive as an only child?

I did worry a little when he was younger but my husband never had any concerns, reassuring me that Rory was content and that, just because he enjoyed his own company, this wasn’t something to be seen as a bad thing.


If you could offer some advice to someone who was considering raising an only child, what would you say?

A family is a family whatever its size. Try not to be overly concerned about him or her being an only child and, instead, go with the flow. Don’t force your child to have company all the time. I used to try and encourage him to play with friends, which was great, but sometimes it was all a bit too much and he preferred the peace and quiet once they had gone. Not every ‘only child’ is going to be the same.


Is there anything else you would like to add?

When your only child does leave home, the nest becomes empty straight away as there are no brothers or sisters staying at home to ease the pain: that’s quite tough.

This post is part of my “Let’s Talk About… One Child Families” series. If you are a parent to an only child and would like to take part, please get in touch using my contact form.

Let’s Talk About… One Child Families: Interview with Mary @ Over 40 and a Mum to One

Let’s Talk About One Child Families

Hyperemesis Gravidarum: The Definitive Guide - Our Book is Out Now!