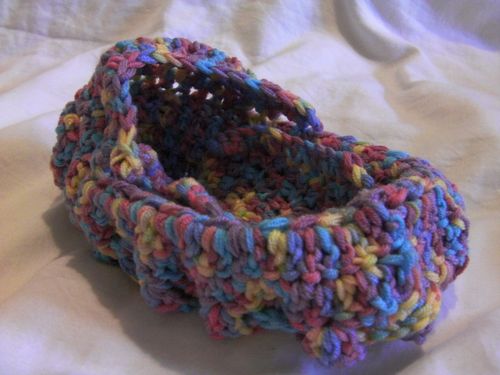 It feels like forever since I wrote last week’s “Life at the Patch” update. The combination of getting heavier, sleeping less and becoming impatient has meant that time seems to be dragging once more. A week still doesn’t feel quite as long as it did at the beginning of the pregnancy when my Hyperemesis was at its worst, but suddenly reaching our due date 7 weeks from now feels so far away again.

Perhaps it is because having finally sorted out the nursery, washed all the baby’s clothes, put the cot up and ordered the mattress, I now feel ready for the little man to be here. There isn’t much more to do other than wait. My hospital bag is packed, my next midwife appointment is booked and I am waddling around the house wondering just when the little one might decide to come and just how long I have left. Will he come a couple of weeks early, or will he be late? Do I actually still have another 9 weeks to go?

So it’s been great to occupy my mind with other things. And one of those things has been crochet.

I’ve had the pattern for this little bassinette for months and yet only just felt confident enough in my skill to have a go. Ever since discovering Ravelry I have been more adventurous with my attempts. Sometimes it works and sometimes it doesn’t, but I’m having fun anyway.

And it’s perfect timing really as I have several people I want to make things for over the coming months, and doing so develops my skill so that hopefully I’ll have some even better results by the time Christmas rolls around and people will actually receive gifts rather than apologies that I just didn’t have the time to complete them. Is it too early to talk about Christmas? I’m guessing not seeing as though once the baby is born I am sure time will whizz by me so fast that Christmas will have been and gone before I’ve caught my breath!

I’m still enjoying the little projects that work up quickly, although I am still slightly unsure how the lilac hat turned out bigger than the pink one when I made them one after the other, using the same pattern, same size hook and very similar yarn. Both were DK weight, but I guess something in the material made a difference. I still have so much to learn!

But, the more I do the more I realise the theory behind crochet. Up until this point I have simply followed patterns and looked online for the instructions for stitches I’ve never worked before. I loved what I could produce but had no idea how the designs were made. But working on several patterns recently I have begun to bridge that gap in my knowledge and realised that all it needs is a bit of thinking, a bit of maths, and just a tiny bit more patience than I sometimes have!

It started when I was making up a pattern for some fingerless gloves/wristwarmers and realised the pattern I was making was far too big for my wrists (I have tiny wrists). So after some thinking and playing around I realised how to make the pattern smaller by taking out the correct number of stitches on the foundation chain. This was what taught me that the patterns are essentially mathematical in design, working on repeats and multiplication of said repeats to gain the correct size and shape. I was always good at maths but always found it very boring, so it’s nice to find that I can actually use it for something other than my weekly budget!

(Remind me I need to show you a photo of the gloves/wristwarmers!)

Anyway, with that aspect of crochet design firmly implanted in my head and a wealth of new stitches and techniques being presented with each new pattern I tried, I found myself planning first changes to the patterns (like making a thumb hole for the wristwarmers). And before I knew it, I tried my hand at making my very own pattern when I couldn’t find what I wanted.

As I’m totally new to this, I have sent the pattern to my “crochet guru” for guidance, but I hope to share it with you soon. For now, let me show you my first attempt, which will be ok for my little man but was not quite right.

I stole the initial part of the design from the pattern for the hats I shared earlier on. This helped me gain the right size for the hat. But then I was on my own, hooking (and unhooking) the motif as I worked my way down the rows. Like I say, the motif didn’t quite work out right and I re-worked it once I had the rest of the pattern clear in my head and promise to share the end result with you later in the week.

But I cannot begin to tell you just how proud I was to have finally made that step from what I call my “passing interest” in crochet into what I deem to be quite an addiction. My stash of yarn that I have had for years is now half the size it once was and I am sure it will be all but gone by the time the baby gets here, so I think I shall be needing some more. How exciting! I hope you won’t get too sick of my crochet enthusiasm because I have a feeling it is here to stay.

And talking of crochet, don’t forget to enter this week’s giveaway to win the totebag/hot water bottle cozy and purse that my crochet guru Jen created especially for you, my readers. Find out all the details here.

Introducing Crochet Chat – For All Your Crochet Needs!

The Joys of Crochet