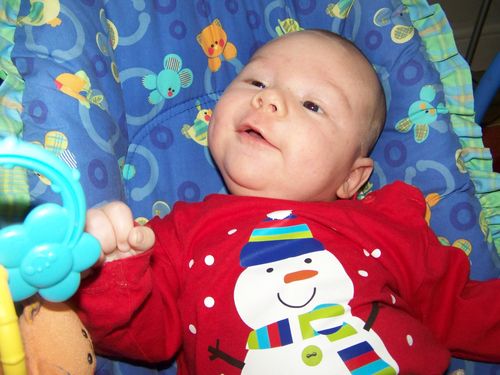 I took this photo ready to send out with our Christmas cards this year and it suddenly hit me how very fast time is flying by now Little Man is here. This year seems to have dragged by with the pregnancy but now it is over it is really whizzing by and I suddenly find I haven’t blogged for so very long and have so very much to tell you. So please excuse the bullet points, but it is the only way I will ever catch up!

I am sure there were other things I wanted to tell you. In fact there are so many things I know I want to tell you but they would be much better in posts of their own. But I need to go shower now while Little Man is still sleeping. So I’ll try and catch up again soon!

Let Me Tell You About A Boy I Know