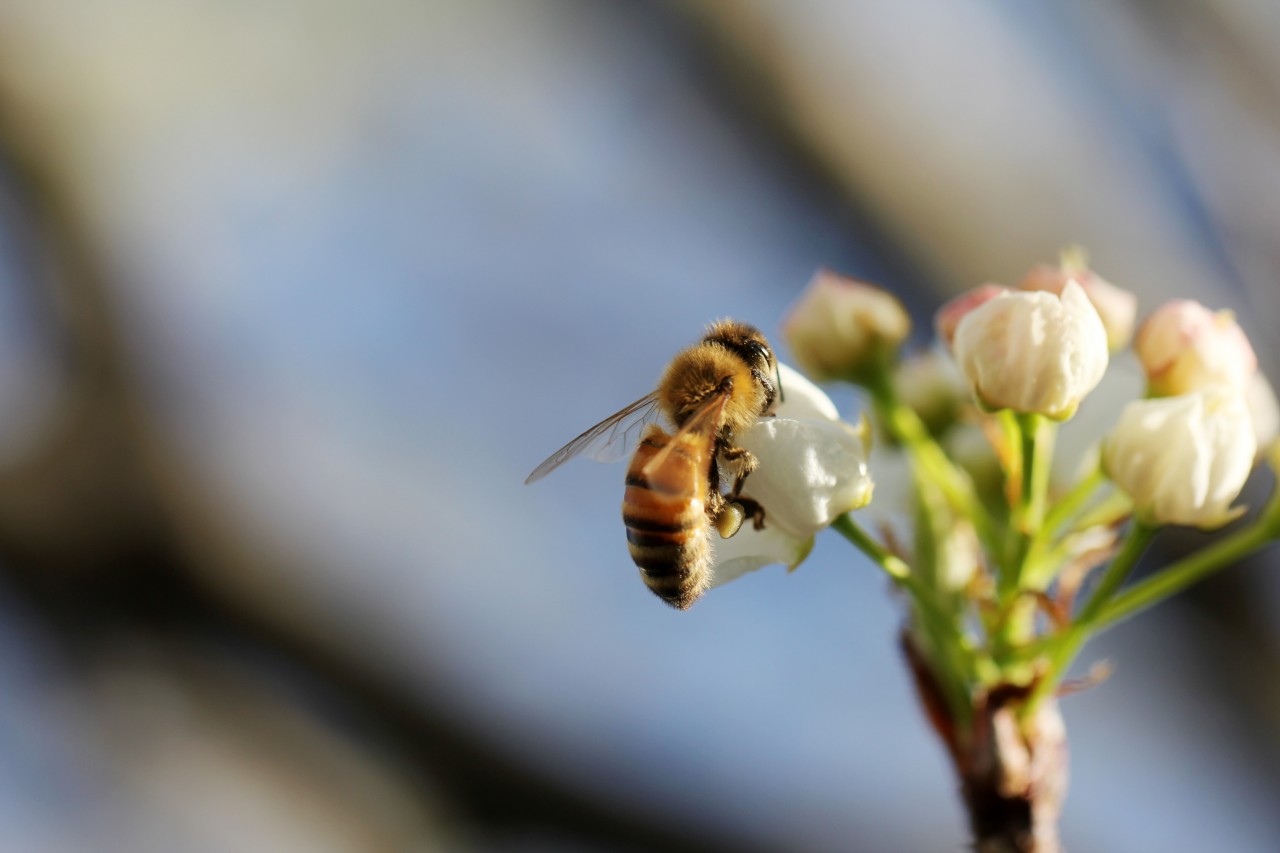 This is the second of two posts looking at the climate and ecological crisis and the UK policy response. Part one dealt with climate change and carbon emissions. This post will look at nature and biodiversity.

“We are one coherent ecosystem. It’s not just a question of beauty, or interest, or wonder. It’s the essential ingredient, the essential part of human life is a healthy planet. We are in the danger of wrecking that.”

An extensive report published in 2019 states that all across the world, ecosystems are under threat, with a million species at risk of extinction due to human pressures. Biodiverse ecosystems are more resilient and better able to survive shocks to the system (like the coming impacts of climate change). Yet we are destroying and polluting natural habitats. We are destroying wildlife, insects and soil. Our food production relies on healthy ecosystems. If they collapse, so do we.

Major drivers behind species decline include deforestation, draining of swamps and wetlands, overfishing, bottom sea trawling, climate change, pollution, and spread of invasive species. Agriculture, urban development, and logging all have a dramatic impact on the land and its capacity to support wildlife, as do chemicals from agriculture (pesticides, herbicides, fertiliser) and pollutants from cars, mining and industry (sources: one, two, three). ‘Dead zones’ are appearing in the world’s oceans, and 75% of land has been severely altered by human activity. Only 4% of remaining mammals are wild animals – 60% are livestock (the remaining 36% is us).

We need to learn to consume less and manage our lands better, and restore natural habitats wherever we can, with scientists calling for a new Global Deal for Nature to return 50% of land to a natural state by 2030. Forests, peat bogs, healthy soil can all help us in the fight against climate change and biodiversity loss, because they support many different species and sequester carbon from the atmosphere. Not only that, they can help temper extreme weather events such as floods, and prevent soil erosion. So many of the dangers we are facing can be mitigated by the restoration of natural ecosystems; we have to learn to value nature more and give it chance to recover.

State of Nature in the UK

“The UK Government’s own assessment indicates that, although progress has been made, the UK will not meet most of the global 2020 targets it committed to through the Convention on Biological Diversity. The pressures that have caused the loss of biodiversity over recent decades continue to have a negative effect. The State of Nature 2019 report highlights agricultural management, climate change, hydrological change, urbanisation, pollution, woodland management and invasive non-native species as among the most significant of pressures acting upon terrestrial and freshwater wildlife. At sea, climate change and fishing are having the most significant impact upon marine biodiversity… public sector expenditure on biodiversity, as a proportion of GDP, has fallen by 42% since a peak in 2008/09”

In 2016, the State of Nature Report called the UK one of the “most nature-depleted countries in the world”, and the most recent 2019 report hasn’t found us any better off. In fact:

Campaigners have criticised the government for failing to meet its own tree planting targets (current efforts are described by the Woodland Trust as falling “woefully short” of what is needed). Plans to spend £15 billion on new road projects threaten many important habitats (as well as increasing pollution), while planned construction of the HS2 high-speed railway would destroy irreplaceable ancient woodlands. Air pollution in the UK is currently at illegal levels, with implications for human health as well as wildlife, and the government is on track to miss water quality targets as well (the quality of river water is actually getting worse, not better). Funding to improve air quality is currently utterly dwarfed by investment in roads (sources: one, two).

The government has started putting forward proposals to address this. The most significant piece of legislation is the government’s Environment Bill, which includes plans to restore wildlife and tackle pollution. The government is yet to set specific targets, but several campaign groups have raised concerns with the current plans. These criticisms include a lack of ambition in cutting out single-use, disposable waste, and a total failure to address the fact that until we remove deforestation from global supply chains, the UK will still be driving habitat loss overseas through demand for imported goods. The bill has not laid out concrete proposals about how to tackle air pollution; it seems more likely local councils will be left to deal with this challenge.

There is also concern that the new regulatory body designed to hold the government to account will not be sufficiently independent or empowered to do the job properly. Currently the EU can fine the UK for failing to meet standards, but the new body (the Office for Environmental Protection, or OEP for short) will not have that power.

The government has claimed that the Environment Bill “enshrines the highest standards in law”. Yet experts in environmental law have written a highly critical letter explaining that it does no such thing. According to the experts:

“it allows for weaker environmental standards to be introduced in future. Its architecture means that binding EU standards across key areas of environmental quality could be repealed – including air and water quality standards that are currently not being met and which require urgent government attention.”

They also point out that the bill gives the government “significant control… over what standards are set, who it consults about them, and whether it will be able to comply with them.” In practice this means the government has the power to set non-ambitious targets and choose to consult advisers who are unlikely to challenge them.

There is also no guarantee the targets will be met at all, and legal enforcement might be difficult to achieve. In fact, another expert in environmental law has described the planned enforcement process as “long and weak”. She also raises additional concerns:

Effectively, we have to depend on ministers to come up with a sufficiently ambitious set of targets, because they have designed a legal framework which can grab positive headlines, but still leaves them plenty of room to water things down. We have only the word of ministers that they won’t roll back on environmental standards after leaving the EU – this bill provides no legal protection against that. Hardly surprising then that several major environmental charities, including the RSPB, Woodland Trust and Campaign to Protect Rural England, have written to the government calling for a more ambitious Environment Bill. They wish to see “reform to the farming sector that prioritises environmental protections, tougher commitments to end overfishing, and a closer relationship with the EU on green issues.”

It is currently difficult to judge exactly how severely lacking government policy is in relation to the restoration of nature in the UK, because the government has yet to set legally binding targets. We do know that the UK has a very poor record in wildlife and habitat conservation, and the new legislative framework proposed by the government is lacking in rigour and ambition. The government’s repeated failure to enshrine at least the baseline of current EU protections in law is deeply worrying, and implies they may indeed be ready to weaken standards at a later date. Once again, I urge UK voters to think carefully about political promises in the run-up to the general election. Human pressure on the natural world has many causes, including agriculture and land use, pollution, urbanisation, and climate change. Who has the most comprehensive vision to tackle these issues?

For further detailed analysis of the political party environmental policies, see below:

Green Alliance: Manifestos are finally talking about the environment, but how do they compare?
https://greenallianceblog.org.uk/2019/11/26/manifestos-are-finally-talking-about-the-environment-
but-how-do-they-compare/

Carbon Brief: Election 2019: What the manifestos say on energy and climate change
https://www.carbonbrief.org/election-2019-what-the-manifestos-say-on-energy-and-climate-change

David Attenborough urges world’s leader to care for the planet in interview with Prince
William:
https://www.countryliving.com/uk/news/a25990526/david-attenborough-prince-william-interview-davos/

Why is biodiversity important:
https://www.conservation.org/blog/why-is-biodiversity-important/

Why insect populations are plummeting – and why it matters:
https://www.nationalgeographic.com/animals/2019/02/why-insect-populations-are-plummeting-and-why-it-matters/

What is a habitat:
https://www.eartheclipse.com/ecosystem/reasons-for-habitat-loss-and-destruction.html

Effects of mining on the environment and wildlife:
https://www.pegasusfoundation.org/effects-of-mining-environment-wildlife/

60% of all mammals on earth are livestock, says new study:
https://www.livekindly.co/60-of-all-mammals-on-earth-are-livestock-says-new-study/

How climate’s impact on land threatens civilisation – and how to fix it:
https://www.theguardian.com/environment/2019/aug/08/how-climates-impact-on-land-threatens-civilisation-and-how-to-fix-it

Half of all land must be kept in a natural state to protect Earth:
https://www.nationalgeographic.com/environment/2019/04/science-study-outlines-30-percent-conservation-2030/

This is from the government's own website. Food pa

Tim has made me a delicious rice bowl for lunch. N

This is the mood right now. Damn hormones 😕 Wh

Can we talk for a moment about all the things that

Do you like my new mug? It was made by a lovely la