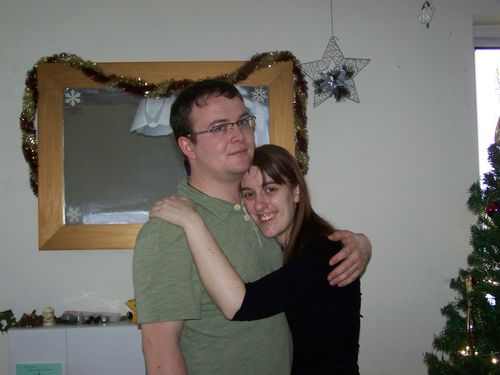 For those of you confused by the title of this post, TTC stands for “trying to conceive”. There are a lot of these abbreviations on fertility and infertility blogs and forums and I know how confusing they can be to those of us “not in the know”, so I will try to keep the use of them to a minimum. However TTC is a main one I will use, as it is much quicker than writing “trying to conceive” every time.

As I am sure you are all aware by now, Tim and I have been waiting until after our wedding to begin TTC. We had hoped to be able to discuss the removal of my mirena and other alternatives for helping with my Endometriosis symptoms with the gynaecologist before actually having it removed, however with my appointment being rescheduled a second time we decided we didn’t really want to wait any longer.

The are several reasons behind this. First, and most important, is the fact that we both feel ready. The second, and almost as important as the first, is the fact that even with a Mirena coil and no periods, new Endometriosis adhesions formed within a few short years between laparoscopies and we daren’t leave it too long after my last laparoscopy in 2009 before TTC. Each time the adhesions occur and surgery is performed, new scar tissue is created, which is entirely undesirable in any circumstances, but especially when TTC.

There are other reasons too, including how my general health has been in previous years. The above photo was taken in December 2008, shortly after my first “pseudo-menopause” in the hopes of dealing with the return of my Endometriosis symptoms. I felt dreadful and cannot believe that I managed to survive another year of feeling that way as well as moving home twice, going through further treatments and commuting to and from work, meaning I was out of the house almost 12 hours each day.

When I gave up work and set up the Patch, it was to try and regain a certain level of “normalcy” to the way I was feeling, in hopes of being able to start a family further down the line. I reached what I call “breaking point” last Christmas and knew that something had to give and I would be damned if it had been my health and the prospect of having children. I still feel guilty at causing us huge financial strain by giving up work, but I know in my heart we made the right choice.

Because here we are, in the run up to Christmas 2010, married and excited about having my Mirena removed so that we can begin TTC. No matter the strain of meeting each month’s rent and trying to make a success of my business (or finding part-time work), we couldn’t want for more than to be with each other, dreaming of expanding our little family.

Don’t get me wrong: I am also terrified. I am finally where I have dreamed of being all my life and now I am here it seems far more scary than I ever imagined. Part of that is due to the immensity of the situation and part of it is due to the fact that I am having the one thing removed that has ever truly helped with my Endometriosis symptoms.

I spent years trying different contraceptives and hormone treatments to deal with the Endometriosis, and those of you who have followed this blog for a while will know that the Mirena certainly didn’t protect me from all of the symptoms. But a lack of heavy bleeding each month certainly made a huge difference to my ability to cope long-term with things. I may also have cramps regularly throughout the month, but they never confine me to bed any more.

But we’re looking to a future that will be bright and full of love and that is all that really matters right now. This blog will not become a running commentary on our TTC journey, but the occasional post will pop up. And don’t forget you can follow my series on the iVillageUK Pregnancy and Baby Channel if you want more regular thoughts on the matter of TTC with Endometriosis.

For now, though, please hold us in your thoughts as we take this first step in our TTC journey.