Review of The Shield Road by Dewi Hargreaves 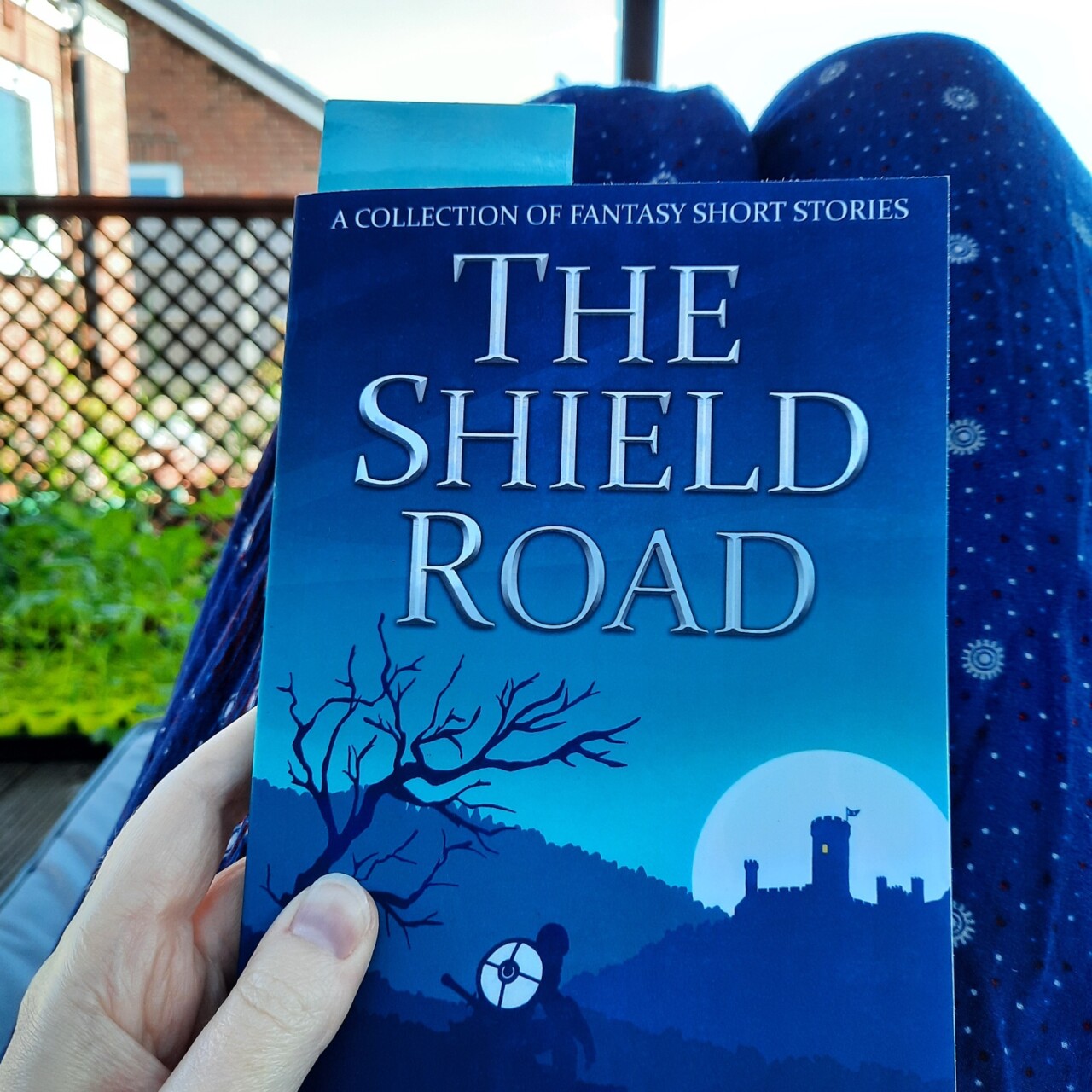 *Ad| please note that this post uses affiliate links. Where used they will be indicated with an asterisk*

If you’re a part of the Writing Community on Twitter there’s a good chance that you’ve heard of Dewi, but if not let me give you a quick intro. For starters, his name is pronounced “Deh-wee” (like Debbie), there was quite a lot of surprise on Twitter when he decided to tell us all this! Anyway, Dewi is a master map maker, creating maps for a variety of other writers, as well as a fantasy writer who specialises in short stories. He’s had several short stories published this year in anthologies such as Chimera* and Heads and Tales*, as well as self publishing his own collection in The Shield Road.

I’m not usually one to read short stories, however having got to know Dewi on Twitter I wanted to support his work and so bought a copy of the book when it came out. It helped that it is a fantasy book, because I love exploring different worlds that authors create. And whilst it took me a while to get used to the different style of storytelling, once I got into it I really enjoyed the book.

So what is The Shield Road?

The Shield Road is a collection of short stories that could, potentially, be read as standalone pieces. However they all have threads of an underlying story, which are woven together as you read through them one by one. Sometimes a story introduces you to a new character, sometimes it’s an aspect of the history and culture of the places along The Shield Road, and sometimes it’s an event that pushes the characters together in ways you might not have expected.

The stories introduce us to a wide cast of characters, from lords to thieves, and warriors to witches. We get to see different facets of society, explore the difference between cities and rural communities, discover the threats that lie in wait for lone travellers, and realise that even the scholars might not be all that they seem. There is mystery and intrigue, merged with magic and mythical creatures like wraiths. For a reasonably short book, Dewi has managed to pack in so much content that I actually feel the need to read it a second time to connect the dots I missed in my first reading of it.

But what is the story about?

To be honest with you, I don’t want to give too much away, because the delightful thing about this book is the way in which the underlying (or maybe I should say overarching?) story of the book is gradually presented to the reader. But let me try and give you a little bit more detail.

The book starts with a story about two characters, seemingly very different to each other, both seeking out a witch for a love potion of sorts. This story ends with the witch leaving on her own mission, the beginning of which we see in the second story, before switching to meet a thief in the third story. And thus begins the changing narrative that this book is built upon. At first none of the characters seem to have any connection to the others, but as you read you begin to see that they visit the same places or experience similar things.

For instance, a large part of the story revolves around a pendant, bearing the crest of an old family. This pendant passes between the hands of several of the characters at different times throughout the book, providing each of them with visions and emotions that tell of something terrible that has happened or might happen still, you’re really not sure to begin with.

There’s also one character, Talfrin, who becomes more central to the story the further through the book you go. He comes into contact with several of the other characters in various stories, and is pivotal in the resolution at the end. Speaking of the end, the book comes full circle and we meet the two characters from the first story in the last, in a very similar situation to where they were at the beginning. And yet the dynamics in their relationship is different. A reminder that some things may never change, no matter how much we personally grow, perhaps?

What I liked most about The Shield Road

I really enjoyed the world building in The Shield Road. It was clear to see that Dewi had spent a long time filling out the minor details to make sure that the world felt truly alive. And I loved the way that little snippets of information were presented to the reader through the eyes of various different characters. It was an unusual experience for me, reading a story told by numerous different voices. I’m normally a very character driven reader, in that I want to get deeply involved in the life and perspective of one or two main characters.

Switching between perspectives can be disorientating, and in places I still felt that with this book, perhaps because I am unused to it. But in some ways I feel like that added to the experience – I never felt able to let my guard down and fall into a false sense of security. I was alert throughout my reading for the next hint or clue to be dropped, and liken it a little bit to watching a murder mystery and trying to figure out who did it. Which piece of information might clue me in to how everything finally comes together?

Who I’d recommend The Shield Road to

If you like fantasy books then I’d highly suggest giving The Shield Road a try. It’s a little different in format to the usual fare from fantasy authors, but still has the great world building and characters that we all know and love. In fact if you like strong characters with a bit of sass then you’ll definitely enjoy reading this.

Where to find The Shield Road

You can grab a copy of The Shield Road on Amazon* in both paperback and Kindle versions. And don’t forget to check out Dewi’s website or follow him on Twitter.

Review of Not Quite Out by Louise Willingham