Exploring the Nativity Story with your Kids 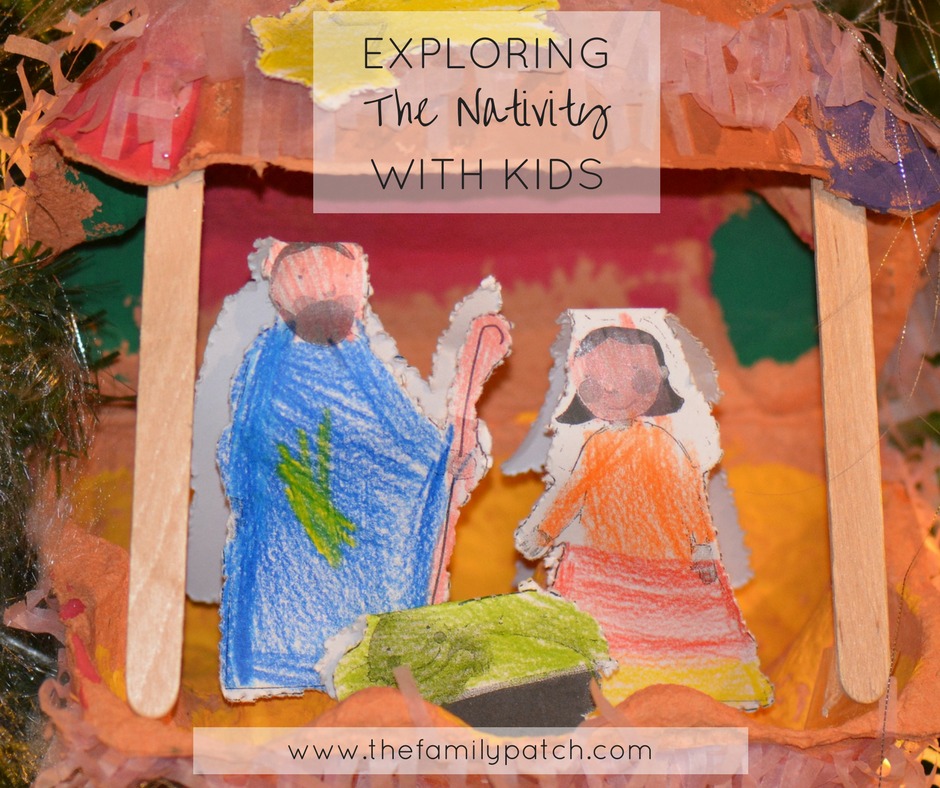 Most of us know the Nativity Story, right? Even if you’ve not been raised in a Christian family, chances are you know the basic storyline, thanks to Nativity plays at school, Christmas carols on the radio, and cultural references to it in both literature and on tv. The same will be true for our children; even if we don’t actively seek to introduce them to the Nativity Story at home, they will come across it in other ways.

Which is why I think it’s a really lovely idea to actually sit down once in a while and explore it all in more detail. Doing so often helps us to gain new insight and a whole new perspective on things, and can be really beneficial in helping us figure out what it is we actually believe and how that impacts on our lives. Obviously how we do this will depend on our individual age and background, but I hope the following will help you begin your own journey of exploration of the Nativity Story.

What would you say if someone asked you to tell them the Nativity Story? I’m guessing it would be something similar to this…

Mary and Joseph travelled to Bethlehem and, because there was no room in the inn, Jesus was born in a stable. Angels appeared on the hill-tops and proclaimed the birth to the Shepherds. And three Wise Men travelled from afar, following a bright new shining star.

It’s no surprise that our retelling of the Nativity follows this same pattern of events, as that is what we hear about every single Christmas. But did you know that no single Gospel account of the birth of Christ includes all of the above aspects?

The vast majority of it comes from Luke, whose account of Jesus’ birth is by far the longest and most detailed. His account includes the census, the stable, and the shepherds and the angels. However it has no mention of Wise Men, who only appear in Matthew’s Gospel. However Matthew’s version of events is much shorter and less detailed, appearing to race through the birth in comparison. There is also a marked difference in who the Angel appears to during the pregnancy – in Luke’s version the Angel appears to Mary, but in Matthew’s the Angel appears to Joseph, encouraging him to support Mary.

Then, of course, there are the two other Gospel accounts of Mark and John. Neither of these even mention the Nativity! Mark’s Gospel begins with John the Baptist proclaiming the coming of Christ, and John’s is entirely different, with far more spiritual leanings as he writes about “The Word made flesh”.

So what does this all mean in terms of how we understand the Nativity Story and the truth we find within it? Does it mean that the typical story we hear year after year, bringing the two accounts of Luke and Matthew together as if they are one single narrative, is false? No, I don’t think it means that at all!

We must remember that each of the Gospel writers were telling their version of events in a very specific time and culture, which means they were also writing it for a very specific audience. Just because they adapted it to express a deep truth in a way that those who read it would understand, doesn’t make it wrong. Just think about how often we ourselves adapt what we say depending on who we are talking to – you wouldn’t expect a young child to understand with the same level of experience as that of an adult, would you?

I am reminded here of the Bible Study I went to this week in which we discussed this very thing, and I wish to share two quotations from it with you…

I found these quotations so refreshing, as they reminded me that it’s not only okay to reinterpret the Bible in a way that means something to you, you are actually encouraged to do so. And how you do that will depend entirely on your individual and family culture.

Obviously, such deep theological ideas are not the easiest of topics for young children to grasp (hey, I struggle with them myself!!) Which is why it is probably far more useful for you and your family to explore the Nativity Story in some other way. Here are some ideas that you could adapt to suit you and your family:

Re-enact scenes from the Nativity

Role playing is a great way to step into someone else’s shoes. Why not ask your kids how they think the various people felt, or why they think some events happened as they did. Questions could include:

Make your own Nativity Scene

Get creative and find ways to make your very own Nativity Scene, so that it reflects your own ideas about it. How you do this will depend on whether you have a particular interest in a certain craft, and the age of your kids. Younger kids may enjoy simply drawing it on some paper, or colouring in cut-out figures. Older kids may enjoy learning a new skill such as knitting or embroidery. Make it your own and then treasure it for years to come.

Write your own Nativity Story

Older kids may enjoy looking at the various different versions there are available and then thinking about how they would retell the story to someone who didn’t know it. Would they write it like a fairytale, starting with “Once Upon a Time”, or would they want to embed it in history like those Gospel accounts that start with the ancestral lineage of Jesus? And what style would they use – prose, poetry, music? Have fun with this one and have a go yourself, it may be fun to compare stories with each other!

There are so many resources available to help you explore the Nativity Story, in whichever way you wish. A quick Google will get you started, although it may also be a bit overwhelming too! With this in mind I have collected a few of my favourite resources together over on Pinterest. You can find it at bit.ly/SKNNativity

I hope you have enjoyed this blog post. Please do let us know by leaving a comment, we’d love to hear from you!

Experiencing God – How I learned to let God in

Celebrating the Midwinter Solstice with Kids