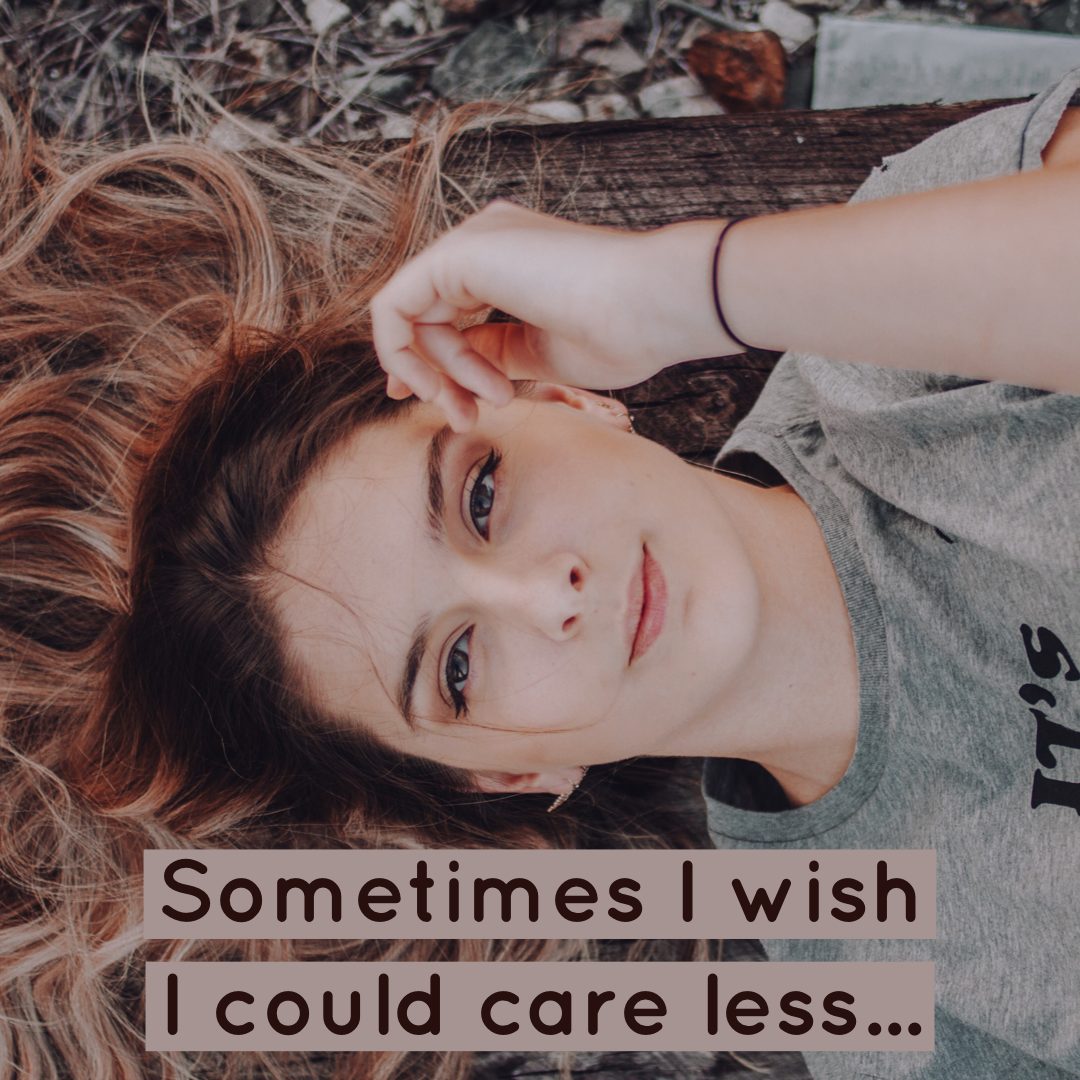 There have been many times in my life that I have been told that I need to calm down, to not let things get to me so much, to essentially care less about things. And sometimes I truly wish I were able to do that, because it is hard to care so much about so many things. Caring as much as I do has a massive impact on both my physical and mental health, because I invest so much of my incredibly limited energy on educating myself and fighting for a better world. So I can see why people close to me often wish I could care less about things when they see it having such a negative impact on me.

But God Damn It, there are too many injustices in this world, too many ways in which we are destroying our planet and each other, for us to care less about things. We need to be caring more! As Dr Seuss writes in The Lorax, “Only if someone like you cares a whole awful lot, nothing is going to get better…it’s not.”

There are some truly amazing people in our world, fighting tooth and nail to create change. And yet more often than not, those same people are subjected to the most awful hatred simply for having the nerve to care. The essential message of which is, “how dare they, how very dare they question the status quo? We don’t want to be shown the uncomfortable truths of our privilege.” And yet, as Greta Thunberg once asked, “how dare you?”

How dare you act as if questioning the status quo is the issue? Shall we have a little look at what the status quo has left us with? I’m going to write this from my perspective as a British Citizen, because that is what I know best, but many of these are similar patterns that can be seen around the world…

Austerity measures over the past decade have left thousands of families poorer, with the levels of child poverty being particularly startling. Before the pandemic there were 4.3 million children living in poverty – that’s 31% of children! Child poverty has an impact on a child’s ability to learn in many different ways, and puts them at a significant disadvantage compared to their peers.

We’ve also seen a rise in homelessness and rough sleeping, and whilst there are no national figures for the UK as a whole, an annual study carried out by Crisis found that by the end of 2019 there were 219,000 homeless households in England alone. Did you know that the average age of death for a homeless person is just 45 for men and 43 for women?

And we must not forget that the government’s changes to the benefits system have led to the deaths of thousands of people whose benefits have been removed. In 2018 the UN Special Rapporteur on extreme poverty and human rights by Professor Philip Alston made clear just how severe the situation is in the UK, and yet nothing has changed since.

There are also massive disparities within our society due to systemic racism:

During a global pandemic, which has killed over 212,000 British Citizens, and left an estimated 2.1 million people experiencing symptoms of Long Covid, with 1.2 million of those experiencing it for at least a year, our government has dropped all restrictions, putting massive strain on the NHS which was already crumbling after years of underfunding and cuts.

The government also decided to end Shielding for those who are Clinically Extremely Vulnerable, despite statistics clearly showing that 6 in 10 deaths from Covid in 2020 were of disabled people. That’s before we even mention how many vulnerable people were left off the Shielding list and could not access support or the vaccine when it was first available.

And all of this ties in with the rampant ableism that is absolutely rife in our society.

The number of homophobic attacks that have been reported over the past 5 years has trebled, and over the past 12 months 1 in 5 LGBT people and 2 in 5 Transgender people have experienced a hate crime or incident. Despite there being more representation of LGBT people within our media over the past few years, (we have a long way to go yet), homophobia and transphobia seem to be on the rise.

Transgender people have been experiencing particularly bad attacks, especially online, where there has been a marked increase in those feeling emboldened to voice their bigoted views under such names as “Gender Criticism” and “Trans Exclusionary Radical Feminism”. We’ve seen big names such as JK Rowling and MP Rosie Duffield attacking their right to self-identify, whilst accusing them of being a threat to “women’s rights”. And then the LGB Alliance, an organisation clearly insistent on wiping Transgender Rights, was awarded charitable status by the Charity Commission.

If this isn’t enough to show you the battle transgender people are up again for their basic human rights, consider that the waiting lists for Gender Identity Clinics are as long as 3-4 years in some places. Imagine waiting that long to access healthcare for any other issue! And consider the recent battles where trans people have become political pawns, such as the Bell vs Tavistock court case over whether transgender teenagers under the age of 16 are able to give informed consent to start puberty blockers, and the UK Government attempting to block the Gender Recognition Reform Bill that passed with overwhelming support in the Scottish Parliament.

And so much more…

There are so many other issues in our society, and I wish I could cover them all, but I can’t. And actually it would be wrong of me to do so. As much as we need to be talking about these things, we also need to recognise where our own privilege and lack of knowledge and experience makes us unable to see the reality of a situation or recognise the nuance between different aspects of something.

Sometimes the most appropriate thing for us to do is not speak up about something, but rather sit back and listen. Listen to the voices of those who know what they’re talking about. Hear their voices. Learn from them. Take time to process the new information. And amplify their voices on social media instead of your own. I’m not saying don’t speak out, but make sure you’re not speaking over others if you have limited experience of the thing you’re talking about.

Change is hard, but it’s so worth it…

Look, I get it, it’s uncomfortable to be shown these things. It would be so much easier to continue as normal, accepting that the cost that others may incur is their problem and not ours. But that isn’t fair. It’s not fair to them, and it’s not fair to us. As hard as it is to step out of our own comfort zones, it is important that we do so.

When I first wrote the original version of this post back in 2019 I was only just starting to realise how much blissful ignorance I had about things like racism, religious intolerance, and hate crimes against those within the LGBTQ+ community. I had so much to learn, (including that my own partner is transgender and I’m not actually as straight as I always thought I was) and it was painful to realise that my own actions had caused harm. But I realised that nothing was ever going to change if I didn’t accept that I can’t know it all, and that I needed to find some humility and try to learn.

The True Cost of the UK Benefit System