Choosing to be Baptised as an Adult 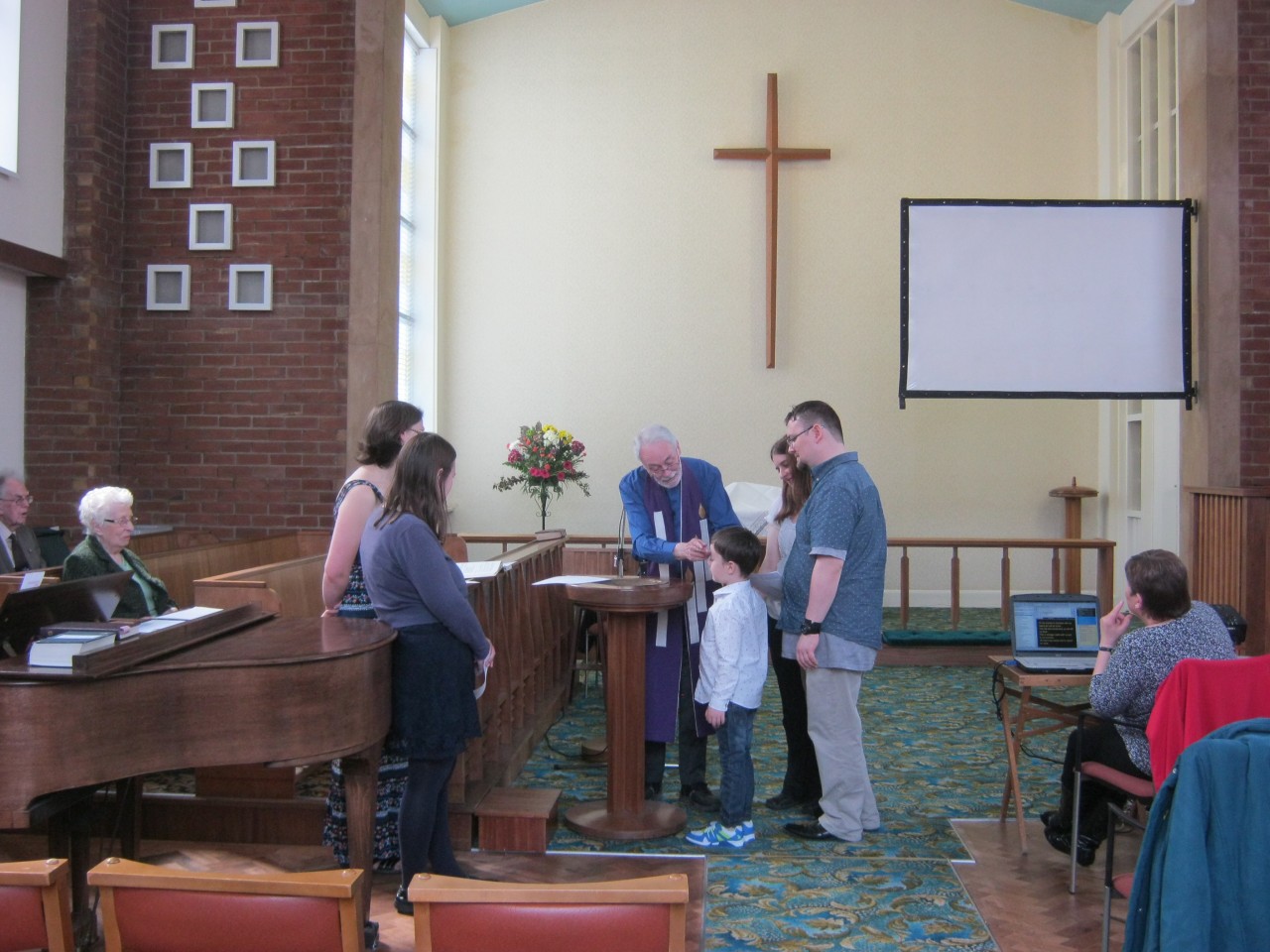 This past weekend, Little Man and I were both baptised, and I was confirmed and welcomed as a member of the Methodist Church. Choosing to be baptised as an adult, and choosing to baptise my son at the age of 5, wasn’t a decision I made lightly. I thought about it for a very long time, because I wasn’t sure whether it was the right thing for us to do. But eventually it just felt right and that was when I decided to do it.

A large part of my hesitation came from the fact that I know I sometimes sit on the edge, looking in, wondering whether I truly belong. I’ve described my faith in the past as “fluid”, something which changes as I grow, and which takes inspiration from a wide variety of sources, not just Christianity. For instance, my husband, TJ, has been on Shamanic Courses; as a family we celebrate the Pagan Wheel of the Year; and our home is filled with books, music, and artwork from traditions as varied as Hinduism, Buddhism, and The New Age. So you’d be forgiven for thinking that I didn’t really relate to any single path.

Indeed, this is something that I myself thought about my faith for a very long time too. But the reality is that I do  relate to a single path, and that path is Christianity. Everything I believe comes back to the central core of the Christian message – that we are inherently flawed, but that God loves us anyway. So great is God’s love for us, that he sent Jesus to show us the way to live in that knowledge, and the Holy Spirit to guide us day by day as we try to do so. When I read or experience something from another tradition, it is always through that same lens of unconditional love, and whilst I do not think that Christianity has a monopoly on that truth, it is the path which draws me closest to it.

And it was this realisation that led me to making the decision to step deeper into my walk along the Christian path. I realised that I had been holding myself back from experiencing it fully, because I felt I was somehow intrinsically incompatible with Christianity. I erroneously believed that because I had doubts and questions and interpreted things differently at times from the traditional sense, and because I chose to include aspects from other faiths into my journey as well, that I couldn’t honestly call myself a Christian. And yet, when I look at that central belief I mentioned above, that “we are inherently flawed, but God loves us anyway”, I realised how crazy this thinking was. Why would God want me to miss out on the love and caring of my Church Family, just because I felt a little bit different? The answer, of course, is He wouldn’t!

I clearly remember the moment I was reading a book about Christianity and religion and realised that my thinking was all wrong. And I decided to explore the idea further. Then, that following Sunday, as we sang the opening hymns in church, I felt my heart opening and just knew God was gently encouraging me to just take that step, to stop overthinking it and just do it. So I spoke to the Minister at the end, and told him about my reservations but also how I felt it might be the right time to take the next step, and I’ll never forget what our Minister said to me. He said, “I believe God is big enough for everyone”. Basically, he was encouraging me to just follow my heart and step forward in faith.

There was a little more to it, as our Minister reminded me that I was already pretty active in the church, attending Bible Study and going to the Church Council Meeting, so why shouldn’t I be a part of the Church Family? And at that point I knew, without a doubt, that it was just right for me.

And for Little Man? Well, he goes to church with my every Sunday, and tells me about Angels and Heaven and how he just loves everybody, and quite simply has the faith of a child. So why shouldn’t he also be welcomed as a part of the Church Family… he will still have the opportunity when he is older to decide whether he wants to step further on that path and be Confirmed or not, but right now he understands enough to know he wants to be a part of it, and so he is.

We were thoroughly supported in our decision, and had an absolutely wonderful day on Sunday. The sun was shining, the church was more full than usual, my parents came to watch their Grandson be baptised, my own Grandma was there,  and we had his two Godmothers (my sister and my friend from church) celebrating it all with us too. (Incidentally, he also has a “Fairy Godmother”, in the guise of a friend who comes from my New Age background, who shared a celebration for his birth with us way back in 2012 – isn’t he a lucky boy!)

Little Man was rather overexcited, pulling faces at the congregation and trying to sneak his fingers into the font during the service, but our Minister is wonderful and just took it all in his stride! We then had Communion, which in our church is open to all, so Little Man has had it before, but it felt doubly special on Sunday. And I think Little Man picked up on this too, as he pulled me into a hug and kissed me as we waited for the wine!

We were also blessed with some wonderful gifts from family and friends, to help us in our Christian journey, and I shall share some more thoughts on these with you in a later post. For now, though, I just wanted to write down my thoughts about our Baptism and my Confirmation whilst it was still all very clear in my mind.

Tell me, have you been baptised? How did you make that decision? And what does it mean to you? I’d love to hear your thoughts and experiences…

Gifts from the Goddess

What Do We Mean By “Raising Spiritual Kids”?