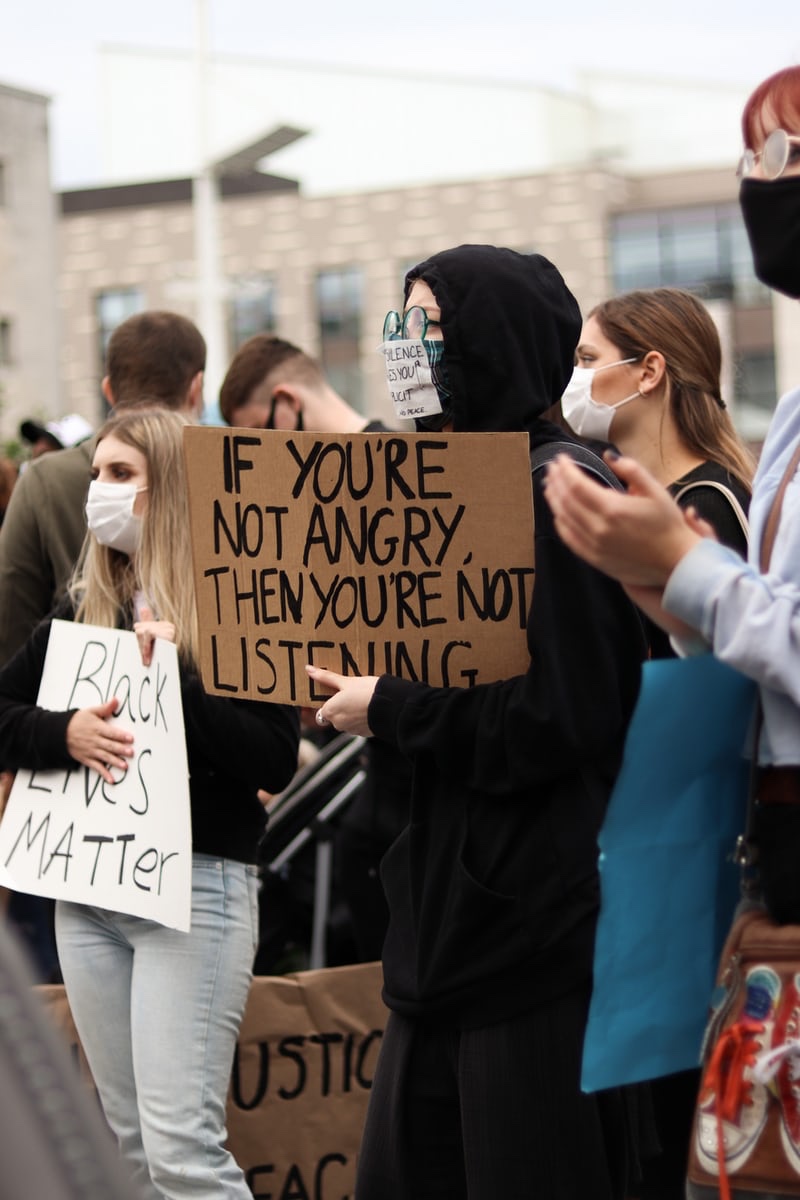 Please note: I still have so much to learn about white supremacy and how to be antiracist. If anything I have written in this post is in any way offensive or incorrect, please do let me know.

You cannot possibly be unaware of what has been happening around the world these past two weeks. But just in case you’re not sure what I’m referring to with this heading let me catch you up to speed.

Following the murder of George Floyd by police officers in the US, which was caught on video and shared widely around the world, there has been a rallying call for those of us with white privilege to wake up and face the systemic racism that has been held up for far too long by white supremacy.

White privilege = the inherent privileges those of us who just happen to be born with white skin have for no reason other than the systems that have existed throughout society for so long we don’t even see them afford to us.

Systemic racism = the racist attitudes that exist within our systems, as opposed to overtly racist remarks we might personally make. Things like white people getting promotions over those with black or brown skin even when the latter are more qualified for the role; the fact that black, indigenous, people of colour (BIPOC) are far more likely to be arrested, and treated with police brutality than white people; and the many micro-aggressions BIPOC have to deal with on a daily basis (micro-aggressions = seemingly small acts that are caused by racist beliefs, such as a security officer automatically following a black person around a store).

White supremacy = the false idea that white people are somehow superior to BIPOC, enabling racial inequality to continue to this day

You may think that you’re not racist, but if you’re white then you are. We all are. Because we all live in a racist society and benefit from white privilege. You might not be overtly racist, but you still benefit from systems built upon racist ideals. As Angela Davis famously said, “In a racist society, it is not enough to be non-racist, we must be antiracist.” And the first step in becoming antiracist is in recognising your own privilege.

Over the past couple of weeks more and more people have been becoming aware of that privilege. It isn’t a new message, far from it. BIPOC have been calling out for this for generations. We simply haven’t been listening. And that’s on us. We need to own that and see the role that our ignorance has had in causing so much hurt and pain and trauma to black and brown people for hundreds of years. Because what happened to George Floyd isn’t new. It isn’t unique. It’s just this time we noticed it on a large scale and the conversation began to change.

But it isn’t enough to simply recognise what is happening. It isn’t enough to recognise our own role in it all. As BIPOC have repeatedly been telling us this week, reforms have happened so many times in the past. The way in which white supremacy has upheld racism has changed multiple times. But it has never eradicated it. We have always found a way to maintain our privilege. It isn’t enough for us to think that it is wrong, we need to want to dismantle white supremacy once and for all. Even though that means letting go of the privilege we have.

It means sacrifice. It means giving up the advantages we have and recognising that even though that may be hard it is nothing compared to what BIPOC have been experiencing for countless generations at our hand. It means sitting with the deeply unsettling and uncomfortable feelings that provokes in us, refusing to get defensive but rather accepting the harsh reality of the role we have played with humility and grace, and pledging to do so much more.

Why the call for UK Christians specifically to do better?

I’m so glad you asked that. I know it’s taken me a while to get to my point, but it was important to lay down the foundation for what I am about to say. I’ve spent the past couple of weeks listening to BIPOC as much as possible. I’ve been educating myself on systemic racism and how to become a better Ally. I’ve been buying and reading books by BIPOC. I’ve been donating to charities and organisations. I’ve been signing petitions and writing to my MP. I’ve been diversifying my feed (because despite being aware of the need for this, I was shockingly bad at it when it came to following the accounts of BIPOC). And I’ve been sharing as much as I can on social media as part of the #AmplifyMelanatedVoices challenge.

But do you know what I haven’t been doing, or rather seeing? I haven’t been seeing much from Christian Churches and organisations in the UK in response to what is happening. And THAT makes me so angry. Do you know why? Because as Christians we are called to stand with the oppressed, to lift up the voices of the marginalised, to push for social justice, and to hold the domination system of our day to account. So why are we not doing that?

Do you want to know why I became a Christian? I spent years and years grappling with Christianity, feeling like I couldn’t possibly fit in to this religion because I questioned far too much when it came to basic tenets of the faith. But essentially I found my way into Christianity through Christ, as shown in the life and ministry of Jesus. It was the radical love and passion for justice, to the point of death, that Jesus showed which drew me in and keeps me here.

I am a follower of Christ, a disciple who aims to always do my very best to pick up my cross and follow Jesus. I’m not here for an easy ride, as much as I’d love that to be the case. I’m here because He spoke to my heart and called me to do better. To care more about equality and justice than my own comfort. It’s why I’ve spent the past week grappling with the guilt that came with realising how blind I had been and how much I have to learn rather than continuing to bury my head in the sand. It’s why I have spent hours looking at a screen despite debilitating migraines and fatigue. And it’s why I’m so bloody angry at the lack of response from the churches in Britain these past two weeks.

I run the Facebook page for our church and so I was looking for something to share on there. But it took until midweek for any response to be posted officially by my particular denomination. And whilst the response was welcome, it was lacking in so many ways. Where was the call for us as individual followers of Christ to stand up and use our voices and our privilege to push for change? Where was the organised response that listed petitions that could be signed, email templates that could be used for contacting MPs, charities to donate to, resources to educate ourselves, and suggestions of practical ways to support the BIPOC in our communities?

There are whole teams working on digital media for the main pages for each denomination, and yet they couldn’t even come up with a list which my friend (who is balancing work and childcare during the lockdown and writes in whatever free time she can find) managed to do? Where are the jointly drafted letters to our ministers and the media about what is happening? Why aren’t we doing more as a church, both as a whole and in a way that encourages and enables individual members to be more active in all of those?

I even shared the link to a book specifically looking at race within the church for just 99p in a church group I’m in. This is an active group, with multiple posts per day and many posts gaining traction and sometimes heated debate. And yet all my post received was one single like. That was it. A single like. It’s like nobody wants to even acknowledge what is going on. And it makes me despair. Because where is Christ in all of this?

I apologise for the rant, but honestly I am so angry about this. How can we claim to be inspired by Christ, to follow Jesus, and to stand for all he stands for, when we are not doing more about this? UK Christians, we need to do better. So much better.

Please note: I repeat that I, too, have so much to learn about all of this. I am far from perfect. But please, we need to do so much better than we are. This is a calling as much to myself as to anybody else within the church!

Activism: 10 Ways You Can Create Change!

A Year of Change - May

A Year of Change - June and July